New-onset bleeding plus thrombocytopenia or pancytopenia should be referred

TUESDAY, July 19, 2016 (HealthDay News) — Among women presenting with a chief complaint of abnormal uterine bleeding (AUB), there is an estimated incidence of hematologic cancer of 3.6 cases per 1,000 women, according to research published in the August issue of Obstetrics & Gynecology.

Denise R. Nebgen, M.D., Ph.D., from the University of Texas MD Anderson Cancer Center in Houston, and colleagues retrospectively analyzed the medical records of women with hematologic malignancies treated from January 2002 through January 2016 to identify those presenting with AUB as the chief symptom.

The researchers found that of the 10,682 women with hematologic malignancies, 38 had AUB as their chief presenting symptom. The women were young (median age, 34 years), premenopausal, and otherwise healthy. Other common presenting symptoms included fatigue, dyspnea or shortness of breath, bruising or petechiae, and fever. Of the women presenting with AUB, the complete blood count on initial presentation indicated that 87 percent had anemia (mean hemoglobin level, 8.6 g/dL) and 89 percent had thrombocytopenia (mean platelet count, 81,000/microliter). Additionally, 12 women had neutropenia, eight had normal white blood cell counts, and 18 had leukocytosis.

“We estimate the incidence of AUB as the chief presenting symptom is 3.6 cases per 1,000 women with hematologic cancer,” the authors write. “These young, otherwise healthy women who present with acute, new-onset heavy menstrual bleeding in conjunction with thrombocytopenia or pancytopenia should be referred to hematology for evaluation of possible hematologic malignancy.” 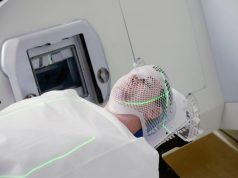 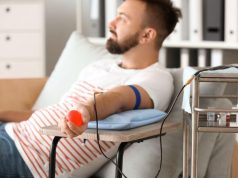 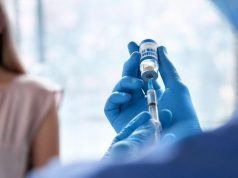