TUESDAY, Feb. 24, 2015 (HealthDay News) — The water used to mix baby formula plays the biggest role in whether formula-fed babies are exposed to increased levels of arsenic, according to a new study. The findings were reported online Feb. 23 in Environmental Health Perspectives.

The researchers measured arsenic levels in the tap water of 874 New Hampshire families whose drinking water came from private, unregulated wells. The investigators also tested for arsenic in the breast milk of nine mothers and in the urine of 72 infants at 6 weeks old.

Overall, arsenic levels in the tap water tended to be well below the Environmental Protection Agency’s recommended upper limit of 10 µg/L, the researchers found. The median amount was less than 1 µg/L. About 10 percent of the homes’ tap water had arsenic levels above the recommended limit, with the highest amount at 189 µg/L. The researchers found that the amount of arsenic in the urine of formula-fed infants was approximately 7.5 times higher than what was found in breast-fed infants but was still very low overall. The median amounts of arsenic in all the infants’ urine was 0.17 µg/L, with the highest amount at 3 µg/L, the researchers reported.

The amounts in bottled and tap water were similar, the study authors found. Based on arsenic amounts in the tap water, the authors estimated that formula-fed infants took in approximately 0.04 µg/kg per day of arsenic, compared to 0.22 µg/kg for breast-fed infants. About 70 percent of the formula-fed infants’ arsenic exposure came from the formula powder, the authors estimated, based on prior research. However, when an infant’s arsenic exposure was high, that higher amount resulted primarily from high levels in the water, they said. 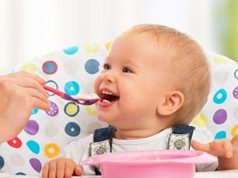 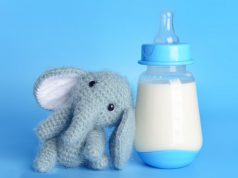 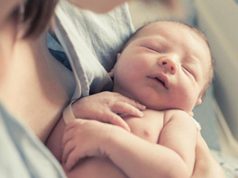