Followed by Minneapolis-St. Paul and San Diego as places that encourage exercise

TUESDAY, May 19, 2015 (HealthDay News) — Washington, D.C, is the fittest of the 50 largest cities in the United States, followed by Minneapolis-St. Paul and San Diego, according to the eighth annual American Fitness Index (AFI) rankings from the American College of Sports Medicine and the Anthem Foundation.

These metropolitan areas offer residents the best outdoor exercise options and have fairly low rates of obesity, diabetes, and smoking, according to experts who drew up the list. Meanwhile, Indianapolis has the dubious distinction of being named the least fit city in the United States, below Memphis, Oklahoma City, San Antonio, and Louisville.

The report’s authors — including a panel of 26 health and physical activity experts — looked at U.S. Census data, data from the U.S. Centers for Disease Control and Prevention, and other sources to compile the fittest cities list. The overall rate of angina or coronary heart disease fell 9.5 percent between 2014 and 2015, and there was a 5.5 percent increase in the overall number of park units in the cities. However, there was an 11 percent drop in the percentage of people who exercised in the last 30 days, a 7.8 percent increase in the diabetes mortality rate and a 5.5 percent drop in the number of people who eat enough fruit every day.

“The AFI is two things: a measure of how healthy a metro area is today, and a call-to-action for urban and suburban leaders to design infrastructures that promote active lifestyles and lead to positive health outcomes,” Walter Thompson, Ph.D., chair of the AFI advisory board, said in a news release from the American College of Sports Medicine. “Our goal is to provide communities and residents with resources that help them assess, respond and achieve a better, healthier life.” 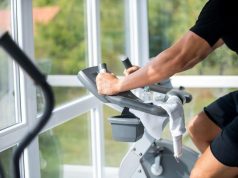 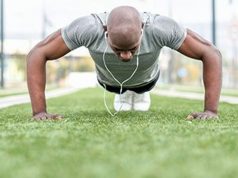