MONDAY, May 4, 2015 (HealthDay News) — The tetanus toxoid, reduced diphtheria toxoid, and acellular pertussis (Tdap) vaccine given to preteens loses a large measure of effectiveness within a few years, new research reveals. The study findings are published online May 4 in Pediatrics.

The study team zeroed in on a pertussis epidemic in the state of Washington in 2012. Five thousand people became ill with pertussis, many of them in their early teens, despite the state’s 86 percent Tdap coverage rate. Focus was placed on about 1,700 teens born between 1993 and 2000 — children who would have received the newer vaccine. This group experienced 450 cases of pertussis.

Overall, Tdap effectiveness for this group was pegged at about 64 percent, but that plummeted to 34 percent two to four years post-inoculation, the investigators found. Similar findings emerged from a Wisconsin study, leading the U.S. Centers for Disease Control and Prevention to attribute the recent spike in pertussis to a waning of Tdap effectiveness.

Going forward, CDC investigators said two things are needed: a better understanding of how exactly the pertussis bacteria works and an improved vaccine. But for the time being they don’t recommend any shift in vaccine protocols. 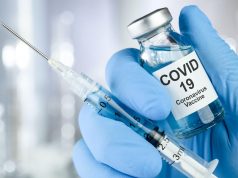 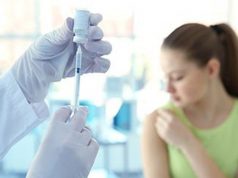