Fine-motor and social skills slightly improved in boys, but no difference in IQ, researchers say

WEDNESDAY, May 27, 2015 (HealthDay News) — Waiting about three minutes to clamp the umbilical cord following infant delivery may help improve children’s fine-motor and social skills at age 4 years, according to a study published online May 26 in JAMA Pediatrics.

The impact of cord-clamp timing on childhood development was assessed among 263 children. The infants were all delivered at a single Swedish hospital. The babies were randomly placed into one of two groups. One group had their cord clamped at the standard time — about 10 seconds after birth. For the other group, a minimum cord-clamping delay of three minutes was performed. When the children were 4 years old, psychologists tested their development.

The researchers found that boys in the delayed-clamping group demonstrated better motor function — such as gripping a pencil — and more pro-social behavior, compared with those whose cord had been clamped right after delivery. No differences, however, were seen in the girls, regardless of cord-clamp timing. No differences were observed among either boys or girls with respect to IQ levels.

“During the delayed clamping, the child receives half a cup of extra blood, which contains a lot of iron, and can prevent iron deficiency,” lead author Ola Andersson, M.D., Ph.D., a consultant in pediatrics and neonatology, and a researcher in the department of women’s and children’s health at Uppsala University in Sweden, told HealthDay. “Boys had the most benefit from delayed cord clamping. We believe it’s because boys are more likely to have iron deficiency, and therefore have a greater advantage of receiving the extra blood transfusion.” 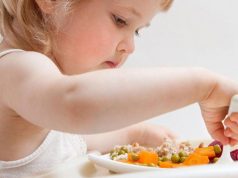 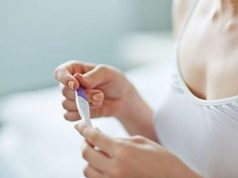