Special Task Force aims to curb ‘epidemic’ of addiction to opioids such as Oxycontin, Vicodin

THURSDAY, July 30, 2015 (HealthDay News) — Led by the American Medical Association (AMA), a group of 27 major U.S. medical organizations are banding together to tackle the continuing epidemic of opioid abuse.

The AMA notes that the abuse of powerful opioids such as Oxycontin and Vicodin has become a public health crisis in the United States, with 44 people dying each day from overdoses and many more becoming addicted.

The Task Force announced the first of several initiatives to address the growing epidemic. They’re urging doctors to register for and use state-based “prescription drug monitoring programs” as part of their decision-making process when considering treatment options for patients. Another part of the initiative is to improve doctors’ education on safe, effective, and evidence-based prescribing. That includes a new web page that provides information about the drug monitoring programs and their effectiveness for doctors. The initiative also calls for a national campaign to raise doctors’ awareness of what they can do to combat the opioid abuse epidemic. 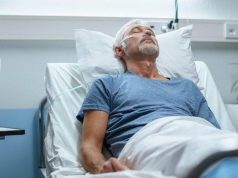