TUESDAY, July 21, 2015 (HealthDay News) — For patients undergoing transrectal prostate biopsy, targeted prophylaxis is similarly effective to empirical prophylaxis for prevention of post-biopsy sepsis, according to a study published in the August issue of The Journal of Urology.

The researchers found that post-biopsy sepsis incidence was 0.52 percent overall. The incidence of sepsis was 0.44 and 0.56 percent in the targeted prophylaxis and empirical prophylaxis groups, respectively (P = 0.568). On rectal culture, the prevalence of ciprofloxacin-resistant E. coli was 25 percent. Most patients on targeted prophylaxis in whom sepsis developed used a prophylactic antibiotic to which the sepsis-causing bacteria were sensitive (seven of eight cases).

“The targeted prophylaxis protocol enabled physicians to avoid using more than one broad-spectrum empirical antibiotic while simultaneously achieving an overall rate of sepsis similar to the rate seen with empirical prophylaxis,” the authors write. 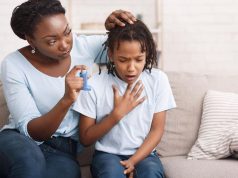