Niklas Nielsen, M.D., Ph.D., of Lund University and Helsingborg Hospital in Sweden, and colleagues compared two targeted temperatures on 939 adults in cardiac arrest. The patients came from 36 intensive care units in Europe or Australia, and were treated between late 2010 to early 2013. The researchers randomly assigned patients to have their body temperature lowered: one group to 91.4 degrees Fahrenheit, the other to 96.8 degrees Fahrenheit. Over 36 hours, patients were kept at their targeted temperatures.

Patients’ cognitive function and quality of life were measured six months after the cardiac arrest, according to the study. At six months after their cardiac arrest, 245 patients in the lowest temperature group were alive, as were 246 in the 96.8 temperature group, the researchers found. Cognitive function was similar among all the patients. There was no difference between the groups in increased need for help in activities of daily living. Moreover, most survivors reported that they were independent in their daily activities, and 66.5 percent of patients in the lowest temperature group and 62 percent of the 96.8 temperature group told researchers they thought they had made a complete mental recovery.

“The precise mechanisms are still under investigation. Broadly speaking, cooling decreases the need for energy by brain cells that have been injured by decreased blood supply to the brain, decreases inflammation, and inhibits release of toxins that could lead to cell death,” coauthor of an accompanying editorial Venkatesh Aiyagari, M.B.B.S., D.M., of the University of Texas Southwestern Medical Center in Dallas, told HealthDay. 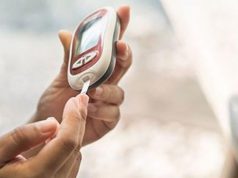