WEDNESDAY, March 2, 2016 (HealthDay News) — Physicians who are married to a highly-educated spouse are less likely to work in rural underserved areas, according to a study published in the March 1 issue of the Journal of the American Medical Association.

Douglas O. Staiger, Ph.D., from Dartmouth College in Hanover, N.H., and colleagues studied a 1 percent sample of all employed physicians aged 25 to 70 years every 10 years from 1960 to 2000 and every year from 2005 to 2011. They examined the prevalence of physicians with highly-educated spouses, identifying spouses reporting six or more years of college (before 1990) or reporting a master’s degree or higher (1990 and later).

The researchers observed an increase in the proportion of physicians with highly educated spouses, from 8.8 percent in 1960 to 54.1 percent in 2010 (P for trend < 0.001). Between 2005 and 2011, 5.3 percent of physicians worked in a rural Health Professional Shortage Area (HPSA). Physicians with a highly-educated spouse were significantly less likely than other married physicians to work in a rural HPSA (4.2 versus 7.2 percent; adjusted odds ratio, 0.62). Single physicians were also less likely to work in a rural HPSA (4.1 percent; adjusted odds ratio, 0.69), as were physicians who were young, women, black, or Hispanic.

“Approaches, such as allowing provision of health care without requiring physicians to locate in rural areas (i.e., through telemedicine), should be investigated,” the authors write. 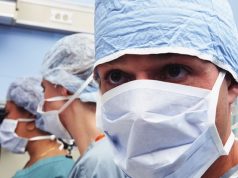 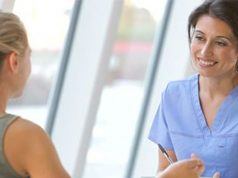 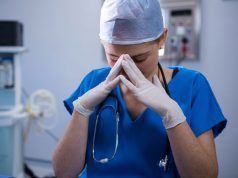