Home Cardiology Spironolactone + TMP-SMX May Up Risk of Sudden Death

Doctors urged not to prescribe spironolactone with trimethoprim-sulfamethoxazole

MONDAY, Feb. 2, 2015 (HealthDay News) — Taking spironolactone alongside the antibiotic trimethoprim-sulfamethoxazole can cause blood potassium to rise to potentially life-threatening levels, according to a study published online Feb. 2 in CMAJ, the journal of the Canadian Medical Association.

Tony Antoniou, Ph.D., a scientist with the Li Ka Shing Knowledge Institute at St. Michael’s Hospital in Toronto, and colleagues combined information from several prescription drug and health record databases to track 206,319 patients aged 66 or older who were treated with spironolactone. Over a 17-year period, 11,968 people died suddenly — 349 of them within 14 days after taking either trimethoprim-sulfamethoxazole or another antibiotic. Most of the patients who died were over age 85.

The solution is simple, Antoniou said: If a heart patient is taking spironolactone, they should be prescribed a different antibiotic if one is needed. Doctors also can limit the length of antibiotic treatment. “For these patients, if possible to avoid this particular combination,” he said. “We want to make sure pharmacists and physicians are aware of this interaction, but I don’t think it’s on the radar that this is something that can happen.” 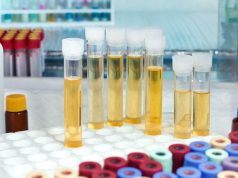