WEDNESDAY, March 18, 2015 (HealthDay News) — Rapid-onset bacterial infections can occur after non-ablative fractional resurfacing with 1,550/1,927 nm laser, according to a case series published in the February issue of Lasers in Surgery and Medicine.

The researchers found that one patient had a rapidly progressing pustular eruption with sepsis symptoms. All five patients were seen immediately and empiric antibiotic therapy was initiated after cultures were obtained. Patients recovered with no long-term complications.

“Rapid-onset bacterial infections following non-ablative laser resurfacing with the 1,550/1,927 nm laser have not been previously reported in the literature,” the authors write. “We present these cases to highlight the importance of close surveillance and when appropriate, rapid intervention, following non-ablative fractional procedures, especially when patients present with atypical symptoms and signs.” 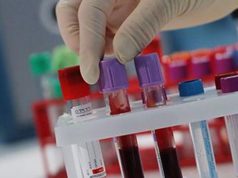 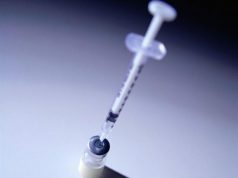 99% of New U.S. COVID Hospitalizations, Deaths Occurring Among the Unvaccinated

Dexamethasone Does Not Increase Risk for Surgical-Site Infection