Used early after diagnosis, medication appears to have long-lasting effects

The current clinical trial — the second of three required for approval — included 49 people between the ages of 12 and 35 who were newly diagnosed with T1DM. Patients were randomly selected to receive the drug or a placebo. Thirty-three people were given the drug for two 12-week courses, with a 12-week gap in between the courses.

Over two years of follow-up, the group that received the drug had a lower decline in C-peptide secretion. Moreover, nine out of 30 patients evaluated for C-peptide function showed no decline in C-peptide production, compared to just one of 12 people evaluated in the placebo group. Preservation of C-peptide lasted as long as 15 months after treatment stopped, lead researcher Mario Ehlers, M.D., Ph.D., of the Indiana University School of Medicine in Indianapolis, said in a news release from the Immune Tolerance Network.

“Achieving long-term benefit following a short course of therapy is a challenging goal,” Gerald Nepom, M.D., Ph.D., director of the Immune Tolerance Network, said in the news release. “Detailed analysis of the T-cell types present in the blood of those who responded to the treatment will help us identify the best way to improve this type of immune therapy for patients with T1DM and potentially other autoimmune diseases.” 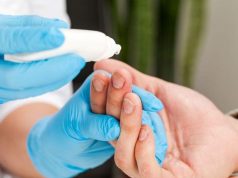 Isolated Nail Psoriasis Does Not Increase Risk for Metabolic Syndrome 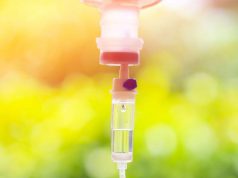 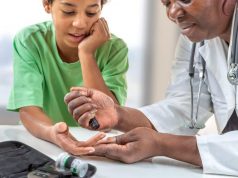