WEDNESDAY, June 10, 2015 (HealthDay News) — Scientists say they’re making progress toward developing a motorized artificial lower leg that automatically adjusts to changes in movement, such as from walking to using stairs, according to research published in the June 9 issue of the Journal of the American Medical Association.

In the study, Levi Hargrove, Ph.D., director of the Neural Engineering for Prosthetics and Orthotics Laboratory at the Rehabilitation Institute of Chicago, and colleagues tested two types of technology in seven people whose legs had been amputated above or at the knee. Both approaches use sensors and computerized algorithms to predict how the user wants to move in the next stride, but one also monitors electronic signals from the brain.

The technology that uses the brain signals was more accurate, the researchers found. It misinterpreted the intended type of movement 7.9 percent of the time on average across a mean of 683 steps. The other technology missed the mark an average of 14.1 percent of the time across a mean of 692 steps. When the artificial limbs make a mistake, it’s “often the equivalent to scuffing your foot or hitting your toe,” Hargrove told HealthDay. Fewer than 1 percent of the errors required users to stop moving and reset the device. Still, “we want to reduce all types of errors,” he added.

Hargrove said more research is needed, but he believes the technology may be ready for amputees’ use in four or five years. He said the knee-to-foot devices will likely cost tens of thousands of dollars — similar to the cost of existing devices — and he anticipates insurance companies will cover them. 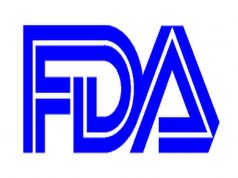