FRIDAY, July 24, 2015 (HealthDay News) — Researchers say they’ve made preliminary progress toward developing a drug that one day may treat people infected with the Marburg virus, which is similar to Ebola. The study was published in the July 23 issue of the New England Journal of Medicine.

The new drug, known as AVI-7288, does not prevent infection with Marburg virus. “Rather, it limits the replication of the virus, which in turn reduces the severity of disease once the virus is introduced into the body,” study coauthor Travis Warren, Ph.D., told HealthDay. Warren is a research scientist with the U.S. Army Medical Research Institute of Infectious Diseases in Frederick, Md.

In 2014, researchers at the University of Texas Medical Branch at Galveston reported success with an experimental Marburg drug that works in a similar way. With the new medication, scientists injected the drug into monkeys infected with the Marburg virus and found they developed fewer symptoms, with none dying among those who got the highest doses. The scientists also reported no safety problems when they gave healthy people doses similar to those that seemed to work in monkeys.

The medication isn’t approved for use by the U.S. Food and Drug Administration. And, it’s not now under active development, study coauthor Michael Wong, M.D., senior medical director of infectious diseases at Sarepta Therapeutics in Cambridge, Mass., told HealthDay. 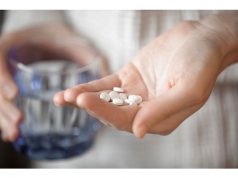 Ivermectin Does Not Speed Symptom Resolution in Mild COVID-19 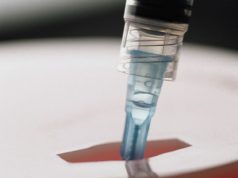 Semaglutide May Aid Weight Loss in Obese Patients With T2DM