FRIDAY, Aug. 7, 2015 (HealthDay News) — Extramammary Paget’s disease (EMPD) on the scalp can be successfully treated with photodynamic therapy (PDT), according to a case report published online July 31 in the International Journal of Dermatology.

Abdullah Al Youssef, M.D., from the University of Tabuk in Saudi Arabia, and Pascal Reygagne, M.D., from Saint Louis Hospital in Paris described an 86-year-old man with no significant medical history who presented with a lesion on the right parietal scalp that had been present for 10 years. On examination, they noted an erythematous plaque with alopecia, a small portion of which was ulcerated. Lesion biopsy showed a pagetoid infiltration of the epidermis; Alcian blue staining revealed numerous tumor cells. The patient refused surgical intervention.

The researchers described PDT, which involved cleaning the lesion with saline serum followed by application of a topical photosensitizer. The area was occluded from light for three hours, cleaned again, and then exposed to 37 J/cm² of visible red light. Three PDT sessions were administered at four-week intervals. Pain was noted during these sessions. After three months, almost complete remission was observed, and a complete clinical response was maintained at 12 months after the final PDT session.

“Although surgical resection remains the treatment of choice for EMPD, PDT can be considered as an excellent and non-invasive therapeutic alternative with a successful outcome,” the authors write. 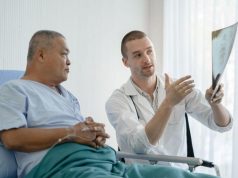