TUESDAY, Oct. 8, 2019 (HealthDay News) — Many pregnant women do not receive the recommended flu and tetanus toxoid, reduced diphtheria toxoid, and acellular pertussis (Tdap) vaccines to protect themselves and their infants, according to a Vital Signs report published in the Oct. 8 early-release issue of the U.S. Centers for Disease Control and Prevention Morbidity and Mortality Weekly Report.

Megan C. Lindley, M.P.H., from the CDC in Atlanta, and colleagues used surveillance data to determine influenza-associated hospitalization among pregnant women as well as infant hospitalization and death associated with influenza and pertussis. Additionally, an online survey was conducted (March 27 to April 8, 2019) among women who were pregnant any time since Aug. 1, 2018, to assess influenza vaccination status (2,097 respondents) and Tdap vaccination status (817 respondents).

The researchers found that from 2010-2011 to 2017-2018, pregnant women (aged 15 to 44 years) accounted for 24 to 34 percent of influenza-associated hospitalizations per season. There was a total of 3,928 pertussis-related hospitalizations reported among infants aged <2 months (annual range, 262 to 743) from 2010 to 2017. As of April 2019, maternal influenza and Tdap vaccination coverage rates were 53.7 and 54.9 percent, respectively. The most commonly reported reasons for nonvaccination included the following: believing that the vaccine is not effective (influenza, 17.6 percent); not knowing that vaccination is needed during each pregnancy (Tdap, 37.9 percent); and safety concerns for the infant (influenza, 15.9 percent; Tdap, 17.1 percent).

“All expectant mothers should be up-to-date with recommended vaccinations as part of their routine prenatal care,” Robert Redfield, M.D., director of the CDC, said in a statement. “CDC strongly recommends that health care providers speak with moms-to-be about the benefits of safe Tdap and flu vaccination for their health and the well-being of their babies.” 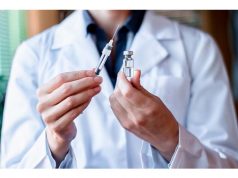 Response to COVID-19 Vaccine Positive in Patients With IBD 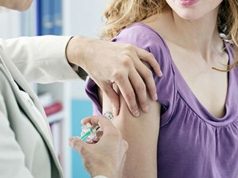 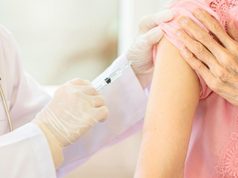