No difference in outcomes between use of fresher or older red cells, researchers report

Marie Steiner, M.D., a pediatric hematologist-oncologist at the University of Minnesota Medical Center in Minneapolis, and colleagues randomly assigned 1,098 patients undergoing cardiac surgery to receive either red blood cells stored for 10 days or less, or stored for 21 days or more. The researchers looked for changes in the Multiple Organ Dysfunction Score, which ranges from 0 to 24. The higher the score, the more severe the organ damage. Patients were followed for seven days or until they died or left the hospital. The storage time of red blood cells given to those who received the freshest ones was seven days, compared to 28 days for those who received the oldest red blood cells.

While side effects were similar between the groups, those given the older red blood cells were more likely to develop jaundice caused by hyperbilirubinemia, the investigators found. 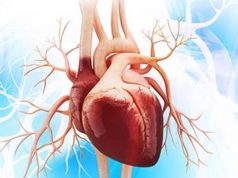