THURSDAY, July 7, 2016 (HealthDay News) — In patients with lung cancer as the cause of death (COD), nonsolid nodules (NSNs) identified on computed tomography scans (CTs) tend to have an indolent course, according to a study published online July 5 in Radiology.

The researchers found that six of the patients in group A had no NSN in the cancerous lobe. The other six had a dominant solid or part-solid nodule; this rapidly grew in four patients and was multifocal in one patient. One patient, in whom diagnosis was delayed, had a growing NSN. In group B, five patients had no NSN, and for the remaining 10 patients, lung cancer as the COD was not related to the NSN.

“It seems unlikely that patients with lung cancer as the COD occurred with solitary or dominant NSN as long as annual follow-up was performed,” the authors write. “This lends further support that lung cancers that manifest as NSNs have an indolent course and can be managed with annual follow-up.”

One author disclosed ties to the technology industry, and two authors hold patents related to the evaluation of diseases in the chest or pulmonary nodules on CT scans. 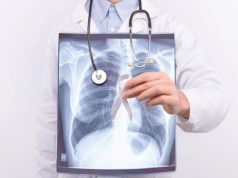 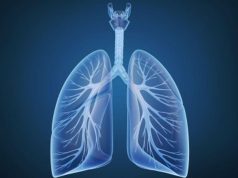