THURSDAY, July 14, 2016 (HealthDay News) — Health care providers should consider infection with mycobacteria in patients with surgical site infections unresponsive to standard treatment, according to a report published in the August issue of the U.S. Centers for Disease Control and Prevention’s Emerging Infectious Diseases.

According to the CDC, 21 women from six Northeast and Mid-Atlantic states appear to have been affected by mycobacterial infections after visiting five plastic surgery clinics in the Dominican Republic. Eighteen of the cases are confirmed, and three are considered probable.

More than 80 percent of the infected women reported swelling, pain, and scarring. It’s not clear how the women were infected, although said it’s possible the bacteria entered their surgery incisions through tap water or instruments used in surgery. Most underwent liposuction and at least one other surgery, such as breast and buttock augmentation, or breast reduction.

Charles Daley, M.D., chief of the division of mycobacterial and respiratory infections at National Jewish Health in Denver, told HealthDay that his clinic has seen two patients infected after plastic surgery and consulted on a third case. It’s not clear how many, if any, are among those in the CDC report. The risk of this kind of infection is higher in countries like the Dominican Republic and Brazil, he noted, but patients have become infected in the United States, too. “We are definitely seeing more of these postoperative infections, particularly ones that are related to cosmetic surgery,” Daley said. 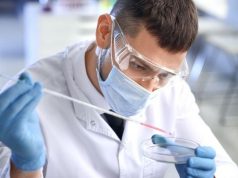 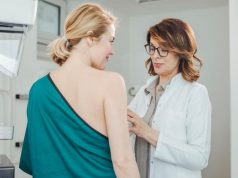