Fabrizio Zeri, Ph.D., from the Roma Tre University, and Stefano Livi, from the University of Rome “Sapienza,” examined the presence and nature of visual discomfort while watching S3D movies, and compared visual symptoms during S3D and 2D viewing. Data were collected from questionnaires administered at the theater exit for 255 subjects who viewed a 2D version of a film seen in S3D by 251 subjects.

The researchers noted two factors underlying symptoms: external symptoms factors (ESF) and internal symptoms factors (ISF). There was a significant correlation between ISF and ESF but with external symptoms significantly higher than internal ones (P = 0.001). Symptoms were not significantly affected by participant age, but females had higher scores for both ESF and ISF than males, and myopes had higher scores on ISF than hyperopes. Lower ESF scores were seen for newly released versus older movies; a minor effect was seen for seat position of spectators. There was a significant and negative correlation for symptoms while viewing S3D movies with duration of wearing S3D glasses. For S3D versus 2D movies, symptoms were significantly greater for ISF and ESF in Kruskal-Wallis analysis (both P = 0.001).

Risk for Diabetic Retinopathy Up for Children With Type 2 Diabetes 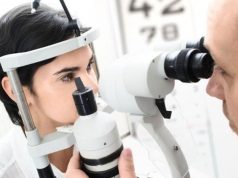 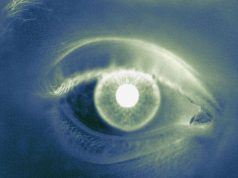