TUESDAY, May 12, 2015 (HealthDay News) — β-methylphenylethylamine (BMPEA), which is found in dietary supplements marketed to promote weight loss and improve exercise workouts, combined with exercise can cause hemorrhagic stroke, according to a case report published online May 12 in the Annals of Internal Medicine.

Pieter A. Cohen, M.D., from Harvard Medical School in Boston, and colleagues describe the case of a patient with hemorrhagic stroke, which was likely caused by exercise combined with BMPEA. The patient, a 53-year-old women, presented with one day of numbness and clumsiness in her left hand which started shortly after beginning a rigorous exercise routine that she had repeated several times a week for a few years.

The researchers found that the patient had no relevant medical history and did not receive any medications; she was of normal weight, physically active, and had low blood pressure. She reported having consumed a sports supplement 30 minutes prior to exercise. She had not previously consumed this or any similar sports supplement. Computed tomography showed a 2-cm hemorrhage in the right parietal lobe; magnetic resonance imaging showed the hemorrhage with no underlying abnormalities. The sport supplement label did not list BMPEA or Acacia rigidula, but in a general screening of the supplement, BMPEA was found and confirmed at 290 mg per dose.

“Exercise combined with BMPEA, an isomer of amphetamine, probably caused this patient’s stroke,” the authors write. 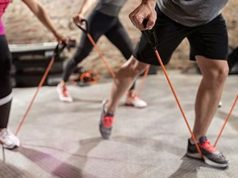 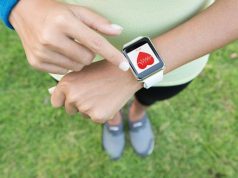 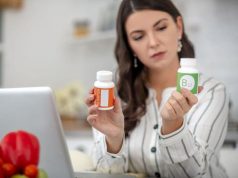