Home Family Practice Many Seniors Not Reporting Falls to Physician

Fewer than half tell their doctor of fall, researcher notes

WEDNESDAY, Jan. 28, 2015 (HealthDay News) — Millions of Americans aged 65 and older fall every year, according to the U.S. Centers for Disease Control and Prevention. But, fewer than half tell their doctor, according to a news release issued by the Penn State Milton S. Hershey Medical Center.

“They’re worried about other people becoming concerned about safety issues at home and the potential that they may have to move from their home to assisted living or a nursing home,” Nicole Osevala, M.D., an internal medicine specialist at the Penn State Milton S. Hershey Medical Center, said in the news release. Seniors also don’t want others to worry about them, she said. “If they fall and don’t have a serious injury, they don’t want to bother their kids or loved ones.”

But she urged seniors to tell their doctor about any falls so the causes can be pinpointed and corrected. Chronic health conditions such as osteoarthritis and nerve damage in the feet and other extremities can increase the risk of falls, as can recent changes in health. Medications, such as antidepressants and antianxiety drugs, can affect balance. And, blood pressure drugs can sometimes lower blood pressure too much, she added. A senior’s surroundings can also increase the risk of falls. Things that can make falls more likely are throw rugs, loose cords, poor lighting, clutter on the floor, uneven surfaces, and icy or slick surfaces.

It’s also important — though sometimes difficult — for older adults to acknowledge their limitations, Osevala explained. “For example, they might try to climb stairs carrying a laundry basket when they normally have to hold onto the railing,” she said. “It may be just a poor choice but they get half way through the task and realize that they’re in a precarious situation and they’re falling.” 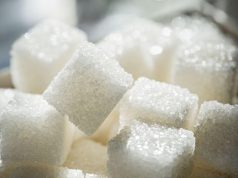 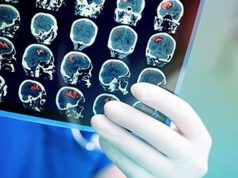 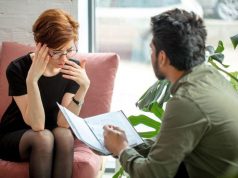 Effectiveness of Antipsychotics Dips for Women After Age 45 Years