TUESDAY, Sept. 15, 2015 (HealthDay News) — Tighter blood glucose control may have a protective effect against dementia in patients with type 2 diabetes, new research suggests. The study’s findings were presented Monday at the annual meeting of the European Association for the Study of Diabetes in Stockholm, Sweden.

The study included almost 350,000 people with type 2 diabetes. They were all registered in the Swedish National Diabetes Registry between January 2004 and December 2012. They had no history of dementia when they were diagnosed with type 2 diabetes. The mean age was 67 years when the study began. Study participants were tracked until the study ended in 2012 or they were hospitalized for dementia or died.

Using a computer model, the researchers calculated the link between average blood glucose levels (via HbA1c levels) and dementia. Slightly more than 3 percent of those in the study — 11,035 people — were admitted to the hospital with dementia during the nearly five-year follow-up period. After taking other variables into account, the researchers found that those with HbA1c levels of 10.5 percent or higher were 50 percent more likely to be diagnosed with dementia than were people with HbA1c levels of 6.5 percent or less. Those who’d had a previous stroke were 40 percent more likely to develop dementia versus those who had not had a stroke.

“The positive association between HbA1c and risk of dementia in fairly young patients with type 2 diabetes indicates a potential for prevention of dementia with improved blood sugar control,” wrote study author Aidin Rawshani, from the National Diabetes Register and Institute of Medicine in Gothenburg, Sweden, and colleagues. 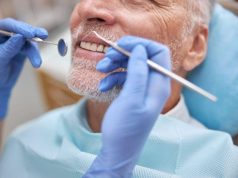 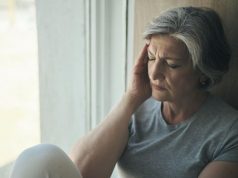