THURSDAY, June 23, 2016 (HealthDay News) — Plasmodium falciparum gene Kelch (K13)-propeller sequence polymorphism analysis can assist with surveillance of artemisinin resistance, according to a study published in the June 23 issue of the New England Journal of Medicine.

Noting that mutations in parts of a P. falciparum gene encoding K13-propeller domains are the major determinant of resistance, Didier Ménard, Ph.D., from the Institut Pasteur in Phnom Penh, Cambodia, and colleagues analyzed the K13-propeller sequence polymorphism in 14,037 samples collected in 59 countries. Most of the samples were obtained from patients treated at sites used for nationwide surveillance of antimalarial resistance.

The researchers identified 108 nonsynonymous K13 mutations; marked geographic disparity was seen in their frequency and distribution. In Asia, 36.5 percent of the K13 mutations were distributed in two areas: Cambodia, Vietnam, and Laos, and in Western Thailand, Myanmar, and China; there was no overlap between the areas. A broad array of rare nonsynonymous mutations that were not associated with delayed parasite clearance was observed in Africa. On a ring-stage survival assay, the gene-edited Dd2 transgenic line with the A578S mutation was susceptible to artemisinin in vitro.

“No evidence of artemisinin resistance was found outside Southeast Asia and China, where resistance-associated K13 mutations were confined,” the authors write. “The common African A578S allele was not associated with clinical or in vitro resistance to artemisinin, and many African mutations appear to be neutral.” 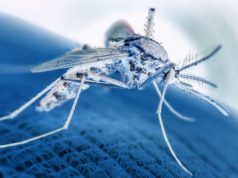 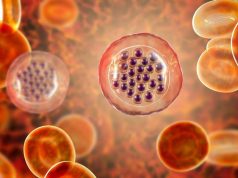 New Malaria Treatment Gets First Approval for Use in Children

Antimalarials May Cut Risk for Type 2 Diabetes in Lupus Patients