Probable interaction described in five patients, all of whom had atrial fibrillation

MONDAY, Dec. 14, 2015 (HealthDay News) — More frequent monitoring may be required when patients are taking both acenocoumarol and levofloxacin due to the possibility of an adverse interaction, according to a case report published in the December issue of the Journal of Clinical Pharmacy and Therapeutics.

The researchers describe five patients, all of whom had atrial fibrillation and were on long-term acenocoumarol treatment for prevention of systemic embolism and who had stable international normalized ratios (INRs) for at least six months. All patients had other comorbidities; however, no significant interactions were known between the drugs they were taking. The patients showed increased anticoagulation between 1.5 and eight days after co-administration of levofloxacin and acenocoumarol. Due to the administration of vitamin K shortly after abnormal INR values were detected, none of the patients had bleeding episodes. Age and comorbidities could have influenced the INR variation. Two patients had severe and two had moderate renal impairment.

“Closer monitoring should be considered in patients with concomitant use of acenocoumarol and levofloxacin, especially elderly patients and those with renal dysfunction who seemed to suffer the interaction more severely,” the authors write. 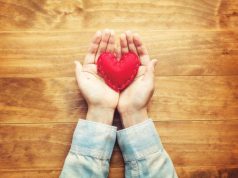