MONDAY, June 27, 2016 (HealthDay News) — Infants who reach certain milestones sooner tend to have higher scores on some developmental measures by the time they are 4 years old, according to a study published online June 27 in Pediatrics.

Edwina Yeung, Ph.D., of the U.S. National Institute of Child Health and Human Development, and colleagues conducted the study. The findings are based on 599 children whose mothers kept journals to record their milestone achievement. On average, the infants learned to crawl and stand with assistance at around 9 months of age; they were able to stand on their own at 11 months, and walk on their own at 13 months.

In general, infants who stood with assistance relatively earlier did better on cognitive and adaptive-skills tests at age 4. And when the researchers focused only on children with no developmental disabilities, early crawlers also tended to do better on the developmental tests. Those connections were seen only among single-birth babies, and there was no connection between movement milestones and a child’s communication or social skills at the age of 4.

“This study provides evidence that the age of achieving motor milestones may be an important basis for various aspects of later child development,” the authors write. 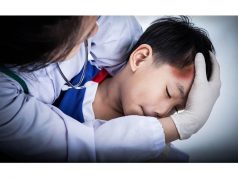 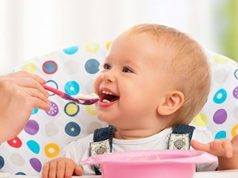 FDA to Set Limits on Toxic Elements in Baby Food