Researchers from the Pitie-Salpetriere Hospital in Paris and other French institutions tested the experimental device on 15 patients with recurrent glioblastoma. The intention of the device is to disrupt the blood-brain barrier long enough for subsequent chemotherapy to reach the brain.

Frédéric Sottilini, the chief executive officer of Paris-based CarThera, the company developing SonoCloud, explained how the ultrasound device works: It’s implanted in the skull, over the area of the tumor. When activated, sound waves cause microbubbles to vibrate, temporarily opening the blood-brain barrier. This permits more of the chemo drug to reach the tumor. The device is activated before each round of chemotherapy, Sottilini told HealthDay. Two minutes of low-intensity ultrasound is enough to open the blood-brain barrier for about six hours and increase the concentration of medication five to seven times, he said.

The researchers used the chemo drug carboplatin for the study. The experimental treatments were conducted monthly for six months at most or until evidence of tumor progression was detected. According to Sottilini, the device appeared safe to use in areas of the brain that control speech, movement, and other senses. This phase 1 trial was not designed to test whether the higher doses of chemotherapy that passed into the brain were effective. However, tumor growth did not progress in nine patients, the researchers said.

The research was partially funded by CarThera. 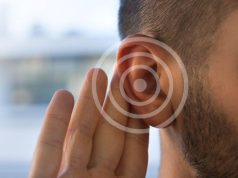 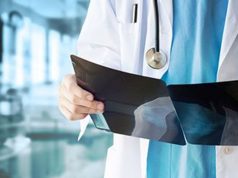