WEDNESDAY, May 27, 2015 (HealthDay News) — Hospice care may help a surviving spouse better cope with depression following the death of a loved one, according to a study published online May 26 in JAMA Internal Medicine.

Katherine Ornstein, Ph.D., M.P.H., from the Icahn School of Medicine at Mount Sinai in New York City, and colleagues focused on the spouses of 1,016 people who died between 2002 and 2011. The spouses had taken part in a regular national survey on aging called the Health and Retirement Study. About 30 percent of the deceased had used hospice services for three or more days in the year before their death.

Around half of the surviving spouses developed symptoms of depression following their loved one’s death, regardless of whether the patient died with or without hospice care. But 28.2 percent of spouses of hospice users had improved depression scores over time, compared with 21.7 percent of spouses whose partners didn’t use hospice, the researchers found. They noted that this trend didn’t reach statistical significance, however.

Holly Prigerson, Ph.D., a professor of sociology in medicine at Weill Cornell Medical College in New York City, wrote an editorial accompanying the new study. Hospice could improve its ability to help survivors by screening family members for risk factors that could hamper their ability to cope with loss, and providing them additional support, Prigerson told HealthDay. Mental exercises, such as one called “affective forecasting,” also might help. For example, spouses can plan how to manage tasks that the departed usually handled, such as housework or bill paying or taxes. Following the patient’s death, hospice also can do a better job by stepping up contacts with the family and reassuring them that they aren’t alone, Prigerson said.

Many Psychiatric Patients Are Getting Risky Drug Gabapentin ‘Off-Label’ 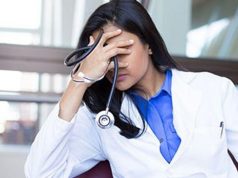 Progress Made in Reducing Depression During Internship 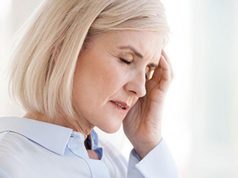