FRIDAY, April 3, 2015 (HealthDay News) — In the early stages of infection, HIV can spread to and develop in the central nervous systems of some patients, according to a study published in the March issue of PLOS Pathogens.

The researchers compared evidence of HIV activity in samples of blood and spinal fluid from 72 untreated HIV-infected patients.

The investigators found that 10 to 22 percent of the patients showed evidence of HIV replication or inflammation in the brain at different times within the first two years of infection. These signs persisted over time in about 16 percent of the patients. HIV began replicating in the brain within the first four months of infection. The researchers also found that HIV in the central nervous system can evolve into genetically different forms than HIV in other parts of the body.

The findings highlight the need for screening and early treatment of infection with HIV, the researchers said. “Any delay runs the risk that the virus could find refuge and cause damage in the brain, where some medications are less effective, potentially enabling it to re-emerge, even after it is suppressed in the periphery,” Dianne Rausch, Ph.D., director of the division of AIDS research at the U.S. National Institute of Mental Health, said in a news release from the institute, which funded the study. “These results underscore the importance of early diagnosis and treatment with antiretroviral therapy,” Rausch added. 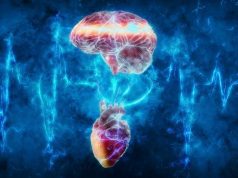 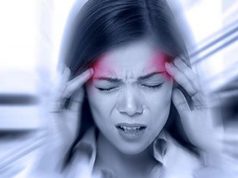