WEDNESDAY, April 22, 2015 (HealthDay News) — In a small, preliminary study, high-dose insulin capsules safely induced what appears to be a protective immune response in children at high risk of developing type 1 diabetes. The study findings were published in the April 21 issue of the Journal of the American Medical Association, a theme issue on child health.

For the study, the researchers recruited 25 children aged 2 to 7 years. All had a strong family history of type 1 diabetes and were considered genetically at risk for its development. However, the children had no signs of islet autoimmunity. Fifteen children were given daily insulin capsules at varying doses for three to 18 months. Ten children received inactive placebo capsules.

Nearly all — 83.3 percent — who received the highest-dose insulin capsule showed a protective immune system response. Some children on lower doses also showed a response, but this occurred in one-third or fewer of the children in those groups, the researchers found.

If these findings hold true in larger studies done over longer periods of time, the treatment may prevent the development of type 1 diabetes in high-risk children, much like allergy shots can prime the immune system not to react to harmless allergens, according to the researchers. “We have introduced a relatively new paradigm, which is to actively expose the body to one of its own proteins before the body has a chance to see it as foreign and to eliminate it like a virus, something which happens in children who develop type 1 diabetes,” lead author Ezio Bonifacio, Ph.D., deputy director at the DFG Center for Regenerative Therapies Dresden in Germany, told HealthDay.

Insulin crystals for the study were provided by Lilly Pharmaceuticals.

COVID-19 Hospital Admission Up for Children With Uncontrolled Asthma 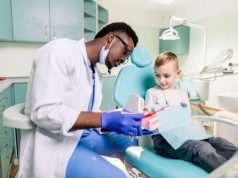