Meaningful palliative effect for 63 percent of patients, lasting for median of 4.6 months

Kirsty M. van Beek, M.D., from the Radboud University Medical Center in the Netherlands, and colleagues conducted a retrospective study to examine the efficacy and tolerability of high-dose hypofractionated RT in patients with head and neck cancer. Eighty-one patients were treated with two- and three-dimensional (3D)-RT or intensity-modulated radiotherapy (IMRT).

The researchers found that a palliative effect occurred in 63 percent of patients, which lasted for a median of 4.6 months. The palliative effect was associated with tumor response (P = 0.006). Within the cohort, the median overall survival was 7.2 months. Patients treated with 2D/3D-RT more often had confluent mucositis than those treated with IMRT (44 versus 26 percent; P = 0.04), which lasted for a median of two weeks.

“High-dose hypofractionated RT resulted in meaningful palliation in 63 percent, lasting for almost five months,” the authors write. “IMRT should be the technique of choice, as it results in less high-grade toxicity.” 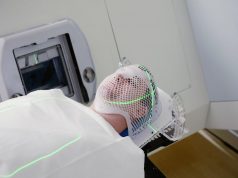 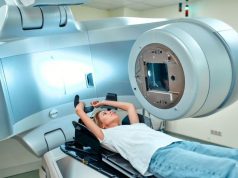 Rural Residence Tied to Poorer Adherence to RT for Cancer