MONDAY, April 20, 2015 (HealthDay News) — A gene variation associated with smoking longer and getting lung cancer at a younger age has been identified by researchers. The study was published in the May issue of the Journal of the National Cancer Institute.

This new study supports the idea of using genetic information to target people who might not be screened otherwise, according to first author Li-Shiun Chen, M.D., of the Washington University School of Medicine in St. Louis. 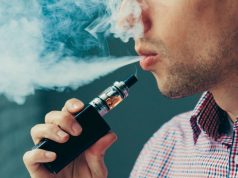