But children also had fewer ‘misaligned’ teeth if they reduced pacifier use, researchers say

MONDAY, June 15, 2015 (HealthDay News) — The more infants breastfeed, the less likely it is that they will develop any kind of misalignment in their teeth later on, but pacifiers can negate some of that potential benefit, according to a study published online June 15 in Pediatrics.

The researchers, led by Karen Peres, Ph.D., at the University of Adelaide in Australia, tracked 1,303 children for five years, including how much they breastfed at 3 months, 1 year, and 2 years old. The study authors also asked how often the children used a pacifier, if at all, when the children were 3 months, 1 year, 2, and 4. About 40 percent of the children used a pacifier daily for four years. When the children were 5, the researchers determined which of them had various types of misaligned teeth or jaw conditions, including open bite, crossbite, overbite, or a moderate to severe misalignment.

“The plausible mechanisms which may explain the association between exclusive breastfeeding and lower risk of having [misaligned teeth or jaws]…include the adequate development of the orofacial structures in children who are breastfed, such as proper muscular tone and nasal breathing,” Peres told HealthDay. “In addition, children who are breastfed are less likely to use a pacifier, which is considered a risk factor for malocclusion.” 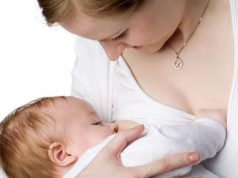 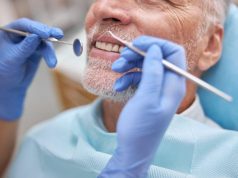 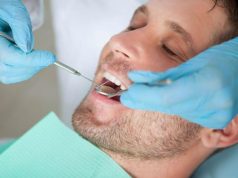