TUESDAY, May 5, 2015 (HealthDay News) — For twin pregnancies, fetal/infant death risk seems to be minimized at 37 weeks’ gestation, according to a study published in the May issue of the American Journal of Obstetrics & Gynecology.

Jessica M. Page, M.D., from the University of Utah School of Medicine in Salt Lake City, and colleagues conducted a retrospective cohort study using 2006 to 2008 national linked birth certificate and death certificate data. The incidence of stillbirth and infant death were determined for each week of pregnancy from 32 0/7 weeks’ through 40 6/7 weeks’ gestation. The theoretical risk of remaining pregnant an extra week was estimated by adding the risk of stillbirth during the additional week of pregnancy with the risk of infant death encountered with delivery during the following week.

The researchers found that as gestational age increased, there was an increased risk of stillbirth. As pregnancies approached term gestation, there was a gradual decrease in the risk of infant death after delivery. Between 32 and 36 weeks, week-by-week differences were significant, with the risk of infant death decreasing at advancing gestational ages. From 37 to 38 weeks’ gestation, there was a significant increase in the composite risk of stillbirth and infant death associated with an additional week of gestation (43.9 versus 59.2 per 10,000). The relative risk of mortality was significantly lower with immediate delivery versus expectant management at 37 weeks’ gestation (relative risk, 0.87).

“We hope that these data provide information to assist providers in determining an appropriate gestational age for delivery of twin pregnancies,” the authors write. 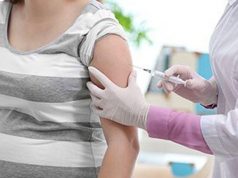 Antibodies ID’d in Neonates of Women Vaccinated Against COVID-19 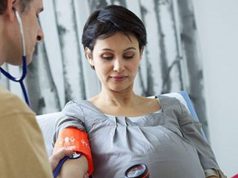 Metformin May Prolong Gestation in Women With Preterm Preeclampsia 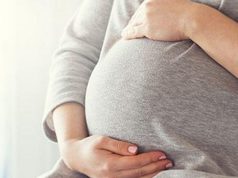 Many Pregnancies Affected by Iron Deficiency