TUESDAY, March 31, 2015 (HealthDay News) — The U.S. Food and Drug Administration said Tuesday that use of the CoreValve “valve-in-valve” aortic replacement has been expanded to include people at extreme risk for serious complications from traditional open-heart surgery.

The CoreValve System is designed for people who had a prior aortic valve replacement and are now in need of a second one, the FDA said in a news release. Some people whose own valves wear out have open-heart surgery to replace the original valve with one made of animal tissue. It’s when that second valve needs replacing that the CoreValve product may be prescribed.

The CoreValve valve is made of tissue from the heart of a pig. It’s attached to a supportive metal frame of nickel-titanium alloy, the FDA said. Insertion is made via a catheter inserted into a leg artery, or via a small incision between the ribs. This removes the need for traditional open-heart surgery.

The valve was evaluated in a clinical trial involving 143 people. The survival rate of people who received the valve was 95.8 percent after 30 days and 89.3 percent after six months, the agency said. Major risks of the replacement valve were death, stroke, kidney injury, heart attack, bleeding, and the need for a permanent pacemaker. The product should not be used by people with an infection, a mechanical aortic valve, among people who cannot take blood-thinning medication, and among those who have a sensitivity to titanium, nickel, or imaging contrast fluid.

The device is produced by Medtronic, based in Minneapolis. 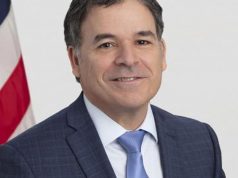