However, the Phase 2 study of BAN2401 did not meet its primary end point

FRIDAY, July 27, 2018 (HealthDay News) — An experimental drug appears to slow mental decline by as much as 30 percent in Alzheimer’s disease patients, according to research presented at the annual Alzheimer’s Association International Conference, held from July 22 to 26 in Chicago.

However, the drug from Eisai and Biogen did not meet its main goal in the study, making the trial a failure overall. The study was led by company scientists and not reviewed by outside experts, the AP reported.

“This is the second Alzheimer’s clinical trial that has demonstrated both clearance of amyloid from the brain and cognitive benefits — again, the studies were not large enough to definitely demonstrate cognitive efficacy and the BAN2401 study did not meet its primary end point,” according to a statement from the Alzheimer’s Association. “That said, these two studies indicate that amyloid remains an important therapeutic target to pursue in Alzheimer’s disease. The Alzheimer’s Association is encouraged by the varied approaches being explored by the research field to treat and prevent Alzheimer’s disease.” 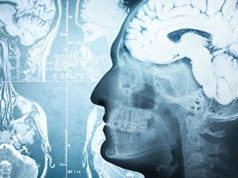