MONDAY, March 2, 2015 (HealthDay News) — The high number of blood tests done before and after heart surgery can sometimes lead to excessive blood loss, possibly causing anemia and the need for a blood transfusion, new research suggests. Results of the study were published in the March issue of The Annals of Thoracic Surgery.

The study included 1,894 patients who had heart surgery at the Cleveland Clinic between January 2012 and June 2012. From the time they first met their heart surgeons until they left the hospital, the patients collectively had 221,498 blood tests. That works out to 116 tests per patient, according to the study. The total median amount of blood gathered during an entire hospital stay was about 15 ounces (454 milliliters) per patient, the researchers found.

“We were astonished by the amount of blood taken from our patients for laboratory testing. Total phlebotomy volumes approached 1 to 2 units of red blood cells, which is roughly equivalent to one to two cans of soda,” study leader Colleen Koch, M.D., of the Cleveland Clinic, said in a journal news release. The highest amounts of blood loss occurred among patients undergoing the most complex heart surgeries. The greater the number of lab tests and the longer patients stayed in the hospital, the more likely they were to require transfusions.

“Prior research shows that patients who receive blood transfusions during heart surgery have more infections after surgery, spend more time on the ventilator, and die more frequently — even after adjusting for how sick they were prior to surgery,” Koch said. “Every attempt should be made to conserve the patient’s own blood — every drop of blood counts.” 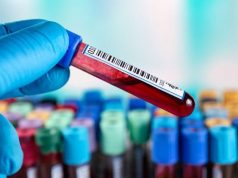