TUESDAY, Feb. 24, 2015 (HealthDay News) — Use of nonsteroidal anti-inflammatories (NSAIDs) may raise the risk for myocardial infarction (MI), stroke, and/or serious bleeding among MI survivors taking prescription anticoagulants, with no safe window period, according to new research. Bleeding risk rose even within the first three days of NSAID use, the team noted in a study published in the Feb. 24 issue of the Journal of the American Medical Association.

A team led by Anne-Marie Schjerning Olsen, M.D., of Copenhagen University Hospital in Denmark, examined NSAID use among 61,971 Danish patients who survived a first MI between 2002 and 2011. All were 30 and older (average age, 68 years), and all had survived at least a month after hospital discharge. More than six in 10 were men. Danish national hospital records revealed that all were on some form of anticoagulant treatment, such as aspirin or clopidogrel, following their MI.

During a follow-up period of about 3.5 years, 30 percent were rehospitalized as a result of another MI, stroke, or similar cardiac event. Almost 10 percent suffered bleeding — in the head, respiratory tract, urinary tract, and/or gastrointestinal tract. And 30 percent died during the follow-up. Investigators noted that more than one-third were taking at least one NSAID alongside their anticoagulant. And they determined that doing so — no matter what type of NSAID or anticoagulant they were on — significantly bumped up the risk for serious complications and/or death.

“I would absolutely minimize your NSAID use if you’re a patient in this category,” Charles Campbell, M.D., chief of cardiovascular medicine at the University of Tennessee Erlanger Health Systems in Chattanooga and coauthor of an accompanying editorial, told HealthDay. 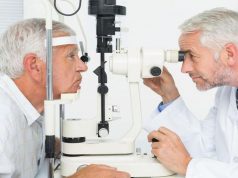 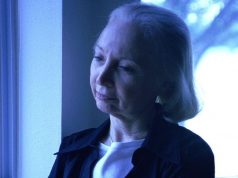 Loneliness Linked to Use of High-Risk Meds in Seniors