After 10 months of daily treatment, one patient lost 112 lbs; another lost 45 lbs in three months

THURSDAY, July 21, 2016 (HealthDay News) — An experimental drug spurred substantial weight loss in patients with proopiomelanocortin (POMC) deficiency, according to a study published in the July 21 issue of the New England Journal of Medicine.

In the new study, researchers in France and Germany tested an experimental compound called setmelanotide in two adults with POMC deficiency. The drug is being developed by a Boston biotech firm called Rhythm Pharmaceuticals, to treat rare genetic causes of obesity. According to the company, setmelanotide activates a receptor on cells that would normally be turned on by melanocyte-stimulating hormone, derived from POMC.

The patients in this study — both women in their 20s — were severely obese, weighing close to 350 pounds. After about 10 months of daily setmelanotide injections, one patient had lost 112 pounds. The other lost 45 pounds over three months of treatment. The first patient initially had her treatment stopped after three months. She immediately became excessively hungry and began to regain the weight, lead researcher Peter Kuhnen, M.D., of the Charite-Medical University of Berlin, told HealthDay. Once the patient went back on the drug, her hunger eased and her weight loss continued.

“For this reason, we presume that the patients will need to take the drug indefinitely,” Kuhnen said.

One author disclosed financial ties to Rhythm Pharmaceuticals, which provided the study medication and regulatory support. 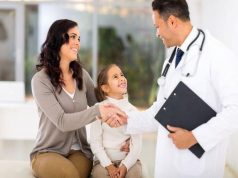