THURSDAY, April 9, 2015 (HealthDay News) — An active ingredient in some psoriasis and multiple sclerosis medications, dimethyl fumarate, has been linked to two cases of progressive multifocal leukoencephalopathy (PML), according to two letters published in the April 9 issue of the New England Journal of Medicine.

One case involved a 54-year-old woman with multiple sclerosis. She died in October 2014 from complications related to PML and pneumonia, following 4.5 years of treatment with a time-delayed form of dimethyl fumarate carrying the brand name Tecfidera, researchers reported. The second case was a 64-year-old woman with psoriasis. She died in August 2014 from PML after being treated with a delayed-release dimethyl fumarate compound with the brand name Psorinovo for two years.

These cases follow reports linking other drugs containing dimethyl fumarate with PML, including Tysabri and Fumaderm, the researchers said. Based on these reported cases and other studies, doctors believe that dimethyl fumarate may affect a person’s immune system if taken for an extended period, potentially opening the door to PML. 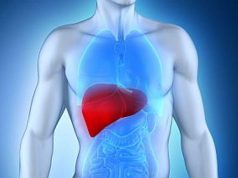 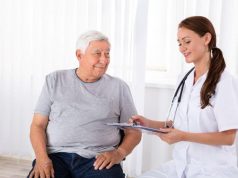 Avoid Intensification of Diabetes Meds at Discharge in Older Adults 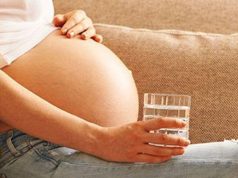 Psoriatic Arthritis May Up Risk for Preterm Birth, C-Section