THURSDAY, Aug. 27, 2015 (HealthDay News) — Daratumumab monotherapy has a favorable safety profile and encouraging efficacy in patients with heavily pretreated and refractory myeloma in a phase 1-2 trial. The results of the study were published online Aug. 26 in the New England Journal of Medicine.

The researchers included 72 multiple myeloma patients who had previously received other types of treatment but had relapsed and no longer responded to treatment. The patients received lower or higher doses of the drug for up to two years. Of the 42 patients who received a higher dose, 36 percent had at least partial remission, including two with complete remission, the researchers found.

In the higher-dose group, median progression-free survival was 5.6 months. The researchers also found that two-thirds of patients who benefited from the drug had no advance of their cancer for at least 12 months. Results of the combined phase 1-2 study strongly support testing the drug in a larger group of patients, the researchers said. The most common side effects reported were fatigue, allergic rhinitis, and pyrexia. Less common but more serious side effects included pneumonia, thrombocytopenia, neutropenia, leukopenia, anemia, and hyperglycemia.

The treatment of multiple myeloma has improved significantly in recent years, said senior author Paul Richardson, M.D., director of clinical research at Dana-Farber Cancer Institute’s Jerome Lipper Multiple Myeloma Center in Boston. In particular, he singled out the introduction of proteasome inhibitors and other drugs that stimulate the immune system to fight the cancer. “Unfortunately, while these agents generally work for a considerable period of time, resistance inevitably emerges, and far fewer treatment options are available in this setting,” Richardson said in a Dana-Farber news release. “Therefore, there is a great need to develop new treatments for this patient population in particular.”

The study was funded by biotechnology company Genmab and drug company Janssen. 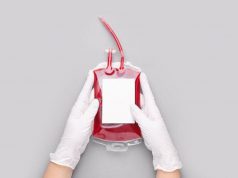 Donor Sex, Parity Do Not Up Mortality for Red Blood Cell Recipients