Benefits for as much as 3.5 ounces of chocolate a day

TUESDAY, June 16, 2015 (HealthDay News) — Middle-aged or older individuals who eat as much as 3.5 ounces of chocolate a day may receive cardiovascular benefits, according to a report published online June 15 in Heart.

The research team mainly based the findings on 20,951 adults taking part in a study that is tracking the impact of diet on the long-term health of men and women in Norfolk, U.K. Participants were monitored for nearly 12 years, on average, during which time 14 percent were diagnosed with cardiovascular disease or stroke. The researchers found that up to 3.5 ounces of daily chocolate consumption was associated with reduced risk of cardiovascular disease and stroke compared to little or no chocolate consumption.

The researchers noted that those who ate chocolate tended to be in better health. “These people who were high consumers of chocolate tend to be younger and physically more active, they tend to have less diabetes and be less obese,” study coauthor Phyo Myint, M.D., chair of medicine of old age at the University of Aberdeen in the United Kingdom, told HealthDay. “Although we control for these things, we can’t be 100 percent sure whether we have adequately adjusted for them.” 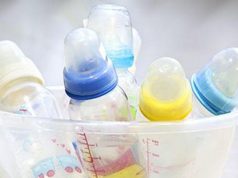