THURSDAY, March 12, 2015 (HealthDay News) — Researchers are not promptly reporting the results of clinical trials to ClinicalTrials.gov, according to an article published in the March 12 issue of the New England Journal of Medicine.

Monique Anderson, M.D., a cardiologist at the Duke University School of Medicine in Durham, N.C., and colleagues conducted an analysis of 13,327 clinical trials that were considered highly likely to be subject to the U.S. Food and Drug Administration Amendments Act provisions. Among the trials in the analysis, 84.8 percent were designed to investigate a new treatment, and two-thirds (65.6 percent) of the trials were funded by private industry.

The one-year reporting rate for industry-sponsored trials was 17 percent, the findings showed. Within five years, results had been posted for 41.5 percent of industry-funded trials. By comparison, the one-year reporting rate was 8.1 percent for clinical trials funded by the U.S. National Institutes of Health (NIH), and 5.7 percent for trials funded by academic institutions or other government agencies. At five years, 38.9 percent of NIH-funded trials and 27.7 percent of academic/non-NIH-funded trials had reported results.

The reporting requirements for ClinicalTrials.gov do allow researchers to delay submitting their data if they want to market a new drug or device and are awaiting approval from the U.S. Food and Drug Administration, Anderson told HealthDay. Taking that into account, the researchers found that about 80 percent of industry-funded trials either met the reporting requirements or had a legally acceptable reason for delay. “We found that industry is really legally doing their job,” Anderson said. But NIH-funded and academic trials continued to lag, even with this caveat. Only half of the NIH-funded trials and 45 percent of academic trials either met requirements or had a legally acceptable reason for delay, the researchers found. 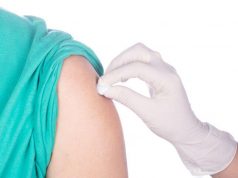