THURSDAY, June 11, 2015 (HealthDay News) — Close to one in 10 American men suffer from depression or anxiety, but fewer than half get treatment, according to a June data brief published by the U.S. Centers for Disease Control and Prevention’s National Center for Health Statistics (NCHS).

The survey was conducted between 2010 and 2013 nationwide and included 21,058 men. Across all ages, survey results indicate 8.5 percent of U.S. men suffer from depression or anxiety on a daily basis, although only 41 percent of these men actually sought treatment. Of the men under 45 years of age, 39.2 percent said they had either taken medication or visited a mental health professional for daily anxiety or depression during the prior year. This put these younger men roughly on a par with the estimated 42.3 percent of men 45 and up who said they had done the same.

But racial differences in terms of mental health care patterns became apparent when the study authors focused on those 18 to 44 years old. Just 6.1 percent of younger black and Hispanic men said they experience daily anxiety or depression, compared with 8.5 percent of younger white men. And younger black and Hispanic men who experienced daily depression or anxiety were less likely to have accessed mental health treatment in the prior year than their white peers (26.4 versus 45.4 percent). This racial divide was not seen among men aged 45 and up.

Health insurance status appeared to be a major factor. While no significant racial differences in the use of mental health treatment services were seen among insured men, uninsured white men between 18 and 44 with daily anxiety or depression were three times more likely to access mental health care than their uninsured black or Hispanic peers. While the survey doesn’t explain this discrepancy, the authors said that in focus groups they found having health insurance coverage seemed to reduce the stigma associated with needing mental health treatment for blacks and Hispanics. Expansion of health insurance coverage as a result of the Affordable Care Act could therefore reduce these racial and ethnic disparities, they said. 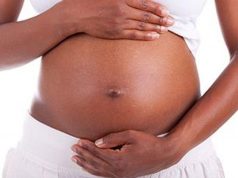 Maternal Mortality in the U.S. Higher Among Black Women 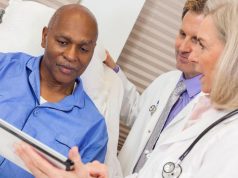 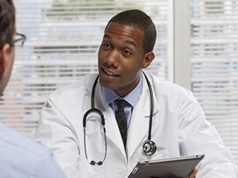