But whether lost consciousness is the cause isn’t clear, researchers say

MONDAY, Feb. 29, 2016 (HealthDay News) — Individuals with a history of syncope may be almost twice as likely as others to get into a car crash, according to a study published online Feb. 29 in JAMA Internal Medicine.

Anna-Karin Numé, M.D., of the Copenhagen University Gentofte Hospital in Denmark, and colleagues tracked 41,039 adults in Denmark, average age 66, who suffered a first-time diagnosis of syncope between 2008 and 2012. The authors compared their experiences to those of 4.2 million other Danish residents, average age 45.

Numé told HealthDay that the results can be helpful as officials consider guidelines about who should and shouldn’t be allowed to drive. But, she said, syncope shouldn’t be the only factor considered. Donald Redelmeier, M.D., of the Sunnybrook Health Sciences Center in Toronto, and co-author of a commentary accompanying the study, agreed the findings should remind physicians to consider driving safety when they treat syncope patients. 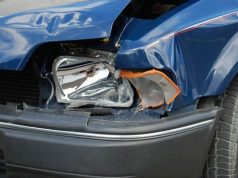