MONDAY, July 27, 2015 (HealthDay News) — Many young cancer patients — especially females — have limited awareness about options to preserve their fertility, according to a study published online July 27 in Cancer.

Researchers gave questionnaires to 459 adolescents and young adults who were diagnosed with cancer in 2007 or 2008. More than 70 percent were told that cancer treatment may affect their fertility. But males were more than twice as likely as females to say that they discussed options with their doctor. Nearly one-third of males said they made arrangements to preserve their fertility. That rate is four to five times higher than among females, the researchers said.

The researchers did find that between 2007 and 2008, both male and female patients reported an increase in discussions with doctors about the effects of cancer treatment on fertility and their fertility preservation options. The study highlights “the need for decreased cost, improved insurance coverage, and partnerships between cancer health care providers and fertility experts to develop strategies that increase awareness of fertility preservation options and decrease delays in cancer therapy as fertility preservation for adolescent and young adult cancer patients improves,” study author Margarett Shnorhavorian, M.D., M.P.H., of the University of Washington, Seattle Children’s Hospital, said in a journal news release. 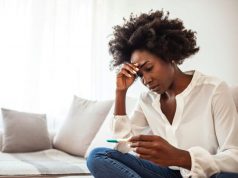