TUESDAY, March 3, 2015 (HealthDay News) — For people who are obese and sedentary, any exercise can help trim abdominal fat, but it may take a bit more effort to get other health benefits, a new study suggests. The findings were published in the March 3 issue of the Annals of Internal Medicine.

Robert Ross, Ph.D., an exercise physiologist at Queen’s University in Kingston, Canada, and colleagues recruited 300 people in their 40s and 50s who were abdominally obese and got little to no regular exercise. The authors then randomly assigned everyone to either a control group that remained sedentary, or one of three exercise groups. All of the exercisers came to five supervised sessions a week, for six months. One group did a low amount of low-intensity activity (about a half-hour of slow walking); another group stuck with the low-intensity regimen, but for a longer period (averaging an hour per session); and a fourth got higher-intensity exercise — namely, faster-paced walking.

The researchers found that the fast walkers burned the same number of calories as their slower-paced peers who walked for an hour — but they did it in 40 minutes. After six months, the investigators found, all three exercise groups had lost a small amount of weight and 1 or 2 inches from their waistlines, on average. But only the high-intensity group showed an improvement in blood glucose levels.

“The people in this study were middle-aged, sedentary, and abdominally obese,” Ross told HealthDay. “We didn’t have them running. ‘High-intensity’ just meant walking briskly on a treadmill.” 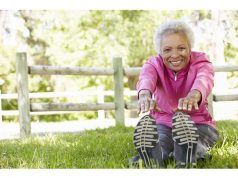 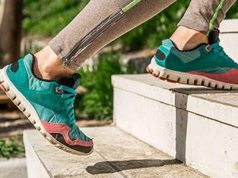 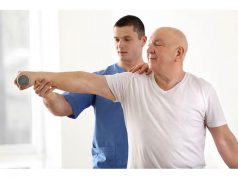