MONDAY, May 18, 2015 (HealthDay News) — Fewer American men are receiving prostate cancer screening in the wake of a national panel’s conclusion that the test does men more harm than good, and primary care doctors appear to have broadly accepted the U.S. Preventive Services Task Force’s (USPSTF) ruling that the harms of prostate screening outweigh the benefits. These findings were scheduled to be presented at the annual meeting of the American Urological Association, held from May 15 to 19 in New Orleans.

“Primary care screening patterns have changed as a result of the USPSTF recommendation, and it’s not changed in a good direction,” Ryan Werntz, M.D., a urologic surgeon at the Oregon Health & Science University (OHSU) in Portland, told HealthDay. At OHSU-operated medical clinics, the rate of prostate-specific antigen (PSA) screening in new patients 40 or older declined from 14 percent in the years prior to the task force recommendation to 7 percent in the years after, Werntz said.

The decline was most pronounced in men aged 50 to 70, with PSA screening dropping from about 19 to 8 percent. “These are the men who are most likely to benefit from screening, and there was a 56 percent decrease in their PSA screening rate,” Werntz said. However, no significant change in PSA testing occurred in men in their 40s or men older than 70, the researchers found.

Despite the controversy surrounding the task force recommendation, many Massachusetts doctors believe the panel made the right call, a survey found. About 80 percent said they believe that routine PSA screening offers more harm than benefit to patients, Jennifer Yates, M.D., of the University of Massachusetts Medical School in Worcester, told HealthDay. In addition, about one-third of the 73 physicians surveyed said PSA screening does not decrease a person’s chances of dying from prostate cancer. 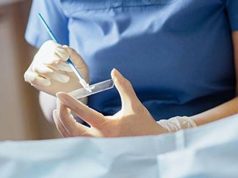 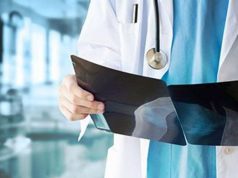