MONDAY, May 18, 2015 (HealthDay News) — Botulinum toxin A (Botox) injections may be a useful treatment for urinary incontinence, according to two studies scheduled to be presented Friday at the annual meeting of the American Urological Association, held from May 15 to 19 in New Orleans.

In the first study, Victor Nitti, M.D., vice chair of the department of urology at NYU Langone Medical Center in New York City, and colleagues analyzed data on 227 patients who received Botox injections (averaging less than two shots per year) over a four-year period. Roughly nine in 10 patients saw a 50 percent or greater drop in daily urinary incontinence episodes. Between 44 and 52 percent of patients saw a full reduction in urinary incontinence episodes. Quality-of-life scores doubled and tripled throughout the study, the researchers found. The most frequent serious side effect was a urinary tract infection, but the research team stressed that that risk did not increase with continued treatment.

Nitti also led a second investigation that looked at how slightly more than 250 patients — from an earlier trial — continued to fare while receiving between one and six additional Botox injections over a three-year follow-up study. Long-term Botox treatment produced a consistent drop in daily incontinence episodes, with one injection producing stable results for an excess of one year among a third of patients.

On the other hand, a third study slated for the meeting had results that were not that promising. The researchers looked at about 300 patients who had an initial Botox injection to treat incontinence between 2010 and 2014 to determine the treatment’s impact on acute urinary retention. All of the patients had been diagnosed with a form of incontinence for which no specific underlying cause could be identified. That research team, led by Olufenwa Milhouse, M.D., a urologist in Woodbury, Minn., found that a fifth of the patients ultimately needed catheterization for acute urinary retention. But, the study authors added, 40 percent of patients chose to have a second Botox injection.

The first study was funded by Botox maker Allergen. 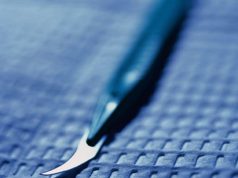 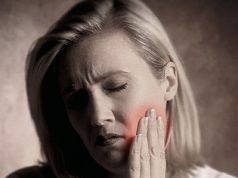 Botox for TMJ Disorder Does Not Affect Jaw Bone Density