WEDNESDAY, Dec. 2, 2015 (HealthDay News) — Children born by planned cesarean delivery appear to have slightly higher odds of developing asthma than those born through vaginal delivery, researchers report in the Dec. 1 issue of the Journal of the American Medical Association.

Mairead Black, M.B.Ch.B., a clinical lecturer and research fellow in obstetrics at the University of Aberdeen in the United Kingdom, and colleagues collected data on 321,287 firstborns in Scotland between 1993 and 2007, and followed them until February 2015. The investigators found that, compared with children born by vaginal delivery, those born by planned cesarean delivery were at increased risk for asthma requiring hospitalization (adjusted hazard ratio [aHR], 1.22), asthma inhaler prescription at age 5 (aHR, 1.13), and death (aHR, 1.41). There were no increased risks noted for obesity at age 5, inflammatory bowel disease, type 1 diabetes, or cancer.

Another study in the same journal looked at cesarean delivery rates around the world, and found higher cesarean rates correlated with lower mortality rates among infants and new mothers. The rates of cesarean delivery vary widely from country to country, from as low as 2 percent to more than 50 percent, the researchers found.

“In countries that provide very low rates of C-sections, there are very high rates of maternal and neonatal deaths,” lead researcher Thomas Weiser, M.D., M.P.H., an assistant professor of surgery at the Stanford University School of Medicine in California, told HealthDay. As the number of C-sections increases, the rates of maternal and neonatal deaths decrease, he said. But when the rate of C-sections reaches about 19 per 100 births, there are no further reductions in deaths, Weiser added. 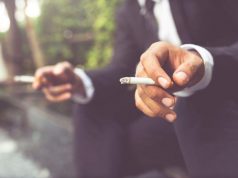